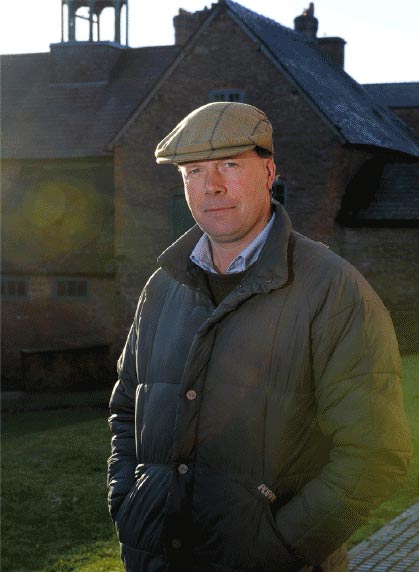 Henry has been training racehorses at Downton Hall stables since 1998. Henry is a horseman through and through; he had decided as a child that horses and racing were his future.

After leaving school he went to work on stud farms in America for 2 years, followed by a stint in Newmarket in the bloodstock and sales side of the industry.  Henry did his training apprenticeship with Nick Gaselee and Paul Cole before working as an Assistant to Kim Bailey and then Tim Forster.

During this time he rode as an amateur mostly in Point-to-Points but with one notable winner at Cheltenham!

In 1994 Henry help Tim Foster move his entire training operation to Downton Hall Stables helping to design and build the yard and the facilities. Since taking over in 1998 Henry has trained over 600 winners,  which include 3 winners at the Cheltenham Festival, twice winning the Liverpool Hurdle, a Welsh National and winners of Grade 1 races at Ascot, Cheltenham, Liverpool, Aintree, Wetherby and Kempton.

DO YOU OWN A HORSE AND WANT A TRAINER?

Once here the horses rarely have to go on a public road. Instead they are able to be exercised on the private lanes and miles of grassland and woodlands on the estate. The horses also have the option of being turned out in the numerous paddocks next to the yard.